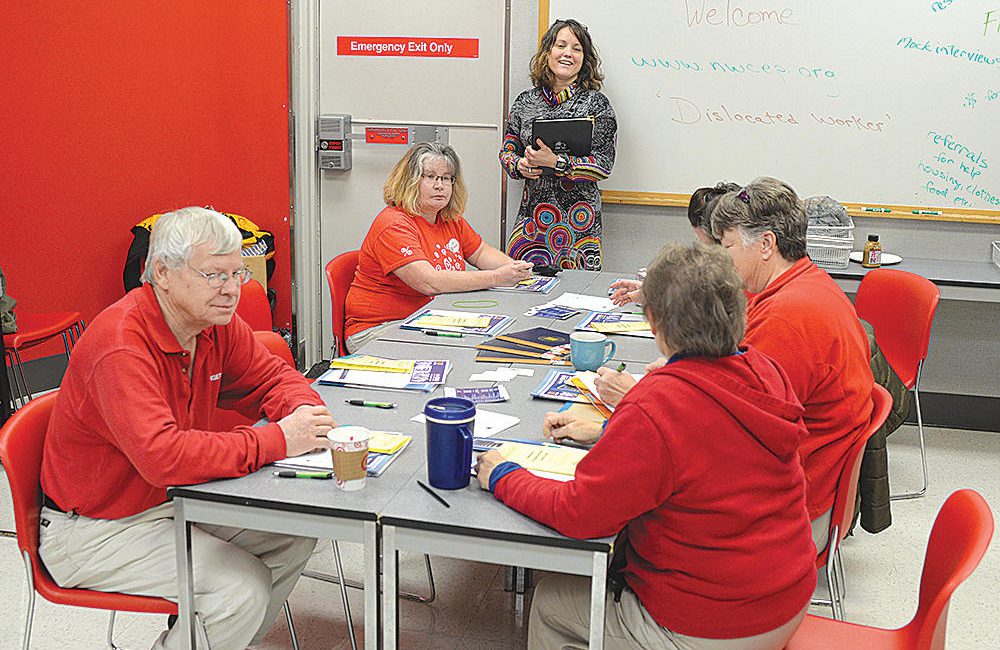 The Rapid Response Team met with Target employees at the Superior store last week to discuss options for job placement and continuing education. The Target store in Superior is preparing to close on Jan. 30 due to a continued reduction in profitability. The closure will displace 85 employees.

Laurie Lambert of Superior has worked for Target for the past 20 years.

“It is a lot to take in,” she said. “I don’t want to go to Duluth. The hours are already dropping. They (Target Corp.) can’t make promises. I think we are all just disgusted really.”

The Superior employees have been promised hours at the Duluth store for three months following the Superior store closure. In what capacity or on which shift those hours will be available remain unclear.

“We are here to help reduce stress and give them a roadmap,” Okey said. “These employees get the news and it is surreal. They are devastated and they need guidance during this uncertain time.”

The Rapid Response Team helps ease the transition for workers faced with unemployment to minimize their loss in wages as well as to minimize the impact on the community’s economy. Team members include NW CEP, Department of Workforce Development (DWD), the Wisconsin Job Center, and Wisconsin Indianhead Technical College (WITC).

The team generally steps in when a company with 30 or more employees closes or relocates.

“In many cases money is available through CEP or from the business themselves to provide training for the displaced workers,” said Charlie Glazman, associate dean of continuing education at WITC-Superior.

That is not the case with Target. Employees have been offered two weeks separation pay and appreciation pay based on the amount of time employees have worked for the company. They will not receive additional money for re-training purposes.

NW CEP is able to offer financial training assistance. Okey says workers who opt to re-train or continue their education will receive waivers allowing them to collect unemployment benefits while they pursue their education.

“I will probably take classes, so I can get a better job,” she said. “I don’t want to be in retail anymore.”

“That will give those employees an advantage in any of our business programs,” she said.

Workers affected by permanent layoff may also access basic re-employment services at no charge through the state’s Job Centers. Some services, including training assistance, may be an option for some workers after enrolling in one or more of DWD’s workforce development programs.

“We encourage affected workers to visit our Job Center and register with JobCenterofWisconsin.com, which currently has approximately 76,000 job postings for employees to choose from,” Gottschall said.

Target is closing more than a dozen stores across the country on Jan. 30. The closures include Wisconsin stores in Superior and Milwaukee and a store in New Ulm, Minn. The Target Corporation has approximately 1,800 stores and has been reducing its total square footage while increasing spending on technology and online shopping.